Galton’s Board, named after the English psychometrician Sir Francis Galton (1822-1911), is also called a Quincunx or bean machine.
Our board is hand made and comprises a funnel at the top which drops a number of balls onto a number of rows of pins followed by a number of containers in which the balls would fall into. Balls would be released from the funnel at the top of the board and have a 50% chance of going either way every time they would hit a pin, and eventually fall into their respective containers. The probability that a ball would end up in an outer container is very small. Thus, we see a tendency for the balls to go towards the center and create what’s called a normal distribution, or bell-shaped curve. 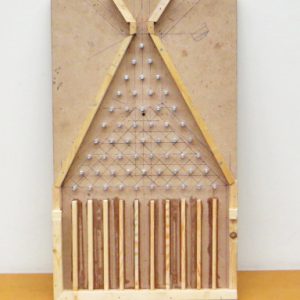 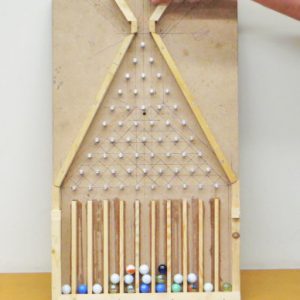 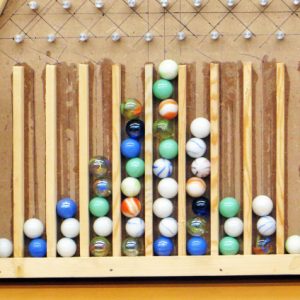 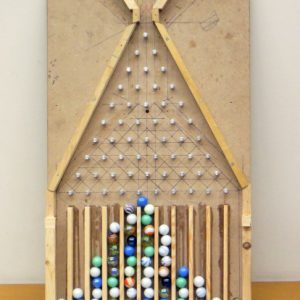