Quantum computing holds great promise for the next wave of the information revolution. A number of physical platforms are available to realize quantum bits (qubits), including those based on nuclear magnetic resonance, trapped ions, superconductors, spin-1/2 particles, and single photons. Qubits based on photons are readily accessible at room temperature and hence can be used to perform experiments in the undergraduate laboratory.

The “Single Photon Quantum” initiative is our effort to develop a laboratory incorporating modern, cost-effective versions of some of the experiments that have shaped our modern understanding of quantum physics (or if you like to call it, quantum ‘mechanics’, or quantum ‘information’). These experiments include quantitative demonstrations of the existence of single photons, tests of Bell’s inequalities, single-photon interference, quantum eraser, and quantum state tomography.

Here is a technical summary. In the Single Photon Quantum Lab, we generate single-photon pairs through type I spontaneous parametric downconversion and develop an FPGA based coincidence counting unit to count single photons and coincidence events. We measure the second-order correlation function of heralded single photons and demonstrate the quantum nature of light. We then generate a number of polarization-encoded single-qubit states and estimate them by performing a set of measurements. We also investigate the principle of complementarity by observing quantum erasure in a single photon interferometer. Furthermore, we generate two-qubit entangled states and perform three tests of local realism. Finally, we perform two-qubit quantum state tomography and obtain density matrices for a few states.

What is special about Physlab’s Single-Photon Quantum Lab? A laboratory course based on these experiments can complement and awaken traditional quantum mechanics courses and help students prepare for research in quantum optics, quantum computing, quantum information, and foundations of quantum mechanics. The laboratory also rests on an advanced collection of ideas in optics, data processing, embedded systems. Hence it is a truly inter-disciplinary blend, forming a sandbox for investigating cutting-edge research questions in quantum information.

To the best of our knowledge, ours is the first such lab in Pakistan and we are not aware of similar efforts in the region. As technology continues to advance, it is expected that more institutions will be able to set up their versions of quantum mechanics labs very soon.

Hallmarks We would like to mention here some important hallmarks of Physlab’s Single Photon Quantum Lab.

You can read our recently published book “Quantum Mechanics in the Single Photon Laboratory” which describes in considerable detail our experiments, background theory, recipes for replicating these experiments, the results, discussion, conclusions, FPGA codes and a complete shopping list of equipment needed to reproduce these experiments.

The experiments are divided into three categories.

A) Nature of photon and quantumness of light

B) Entanglement and non-locality

C) Variants of quantum state measurement on one and two qubits 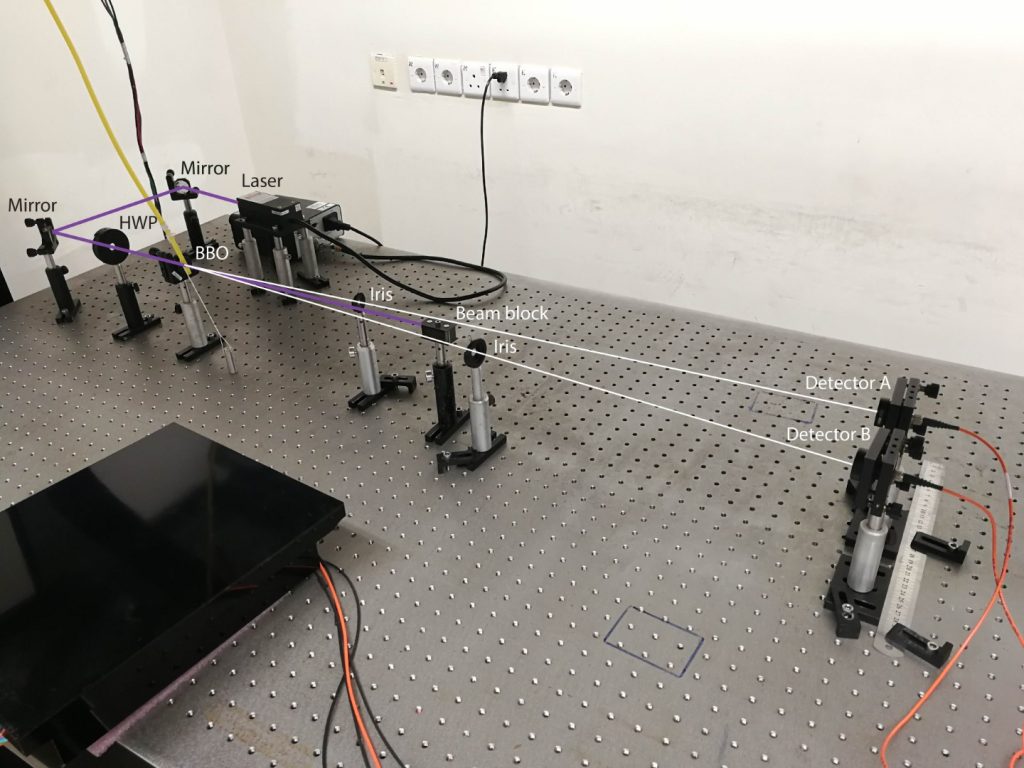 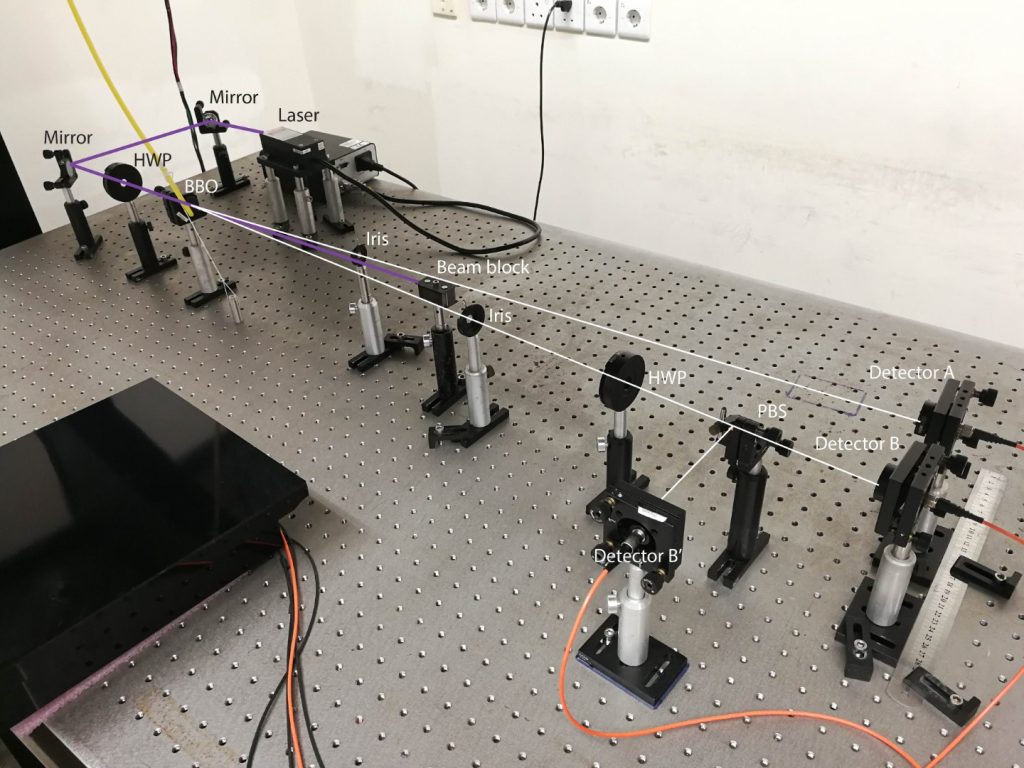 Q2: Proof of existence of photons 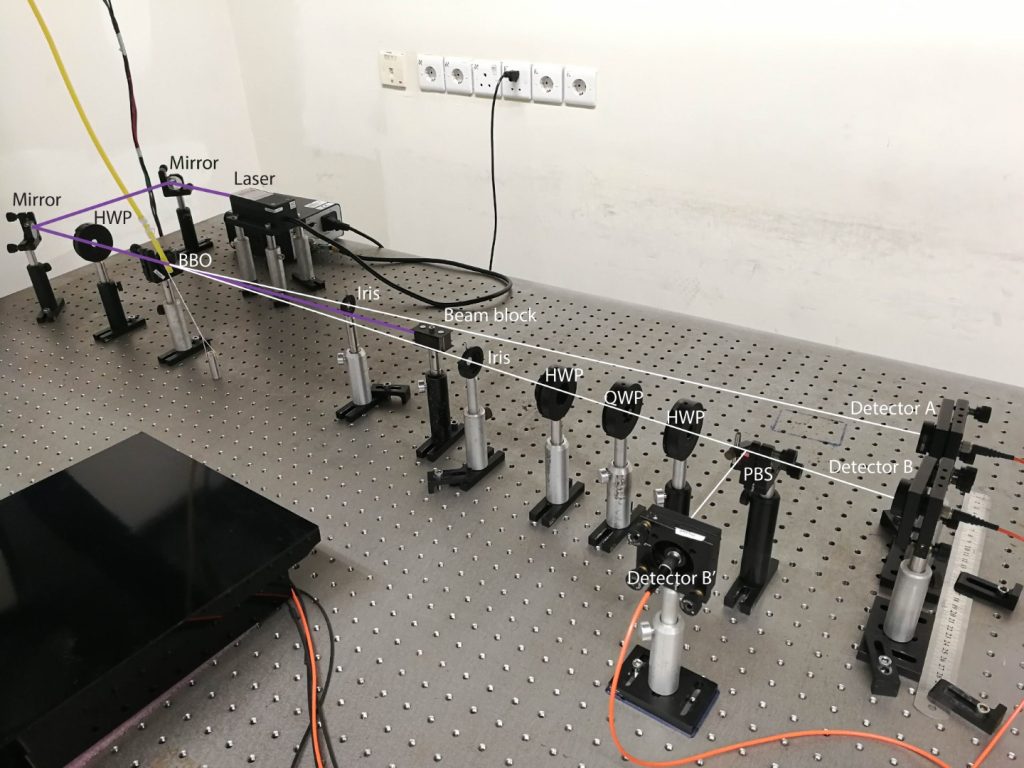 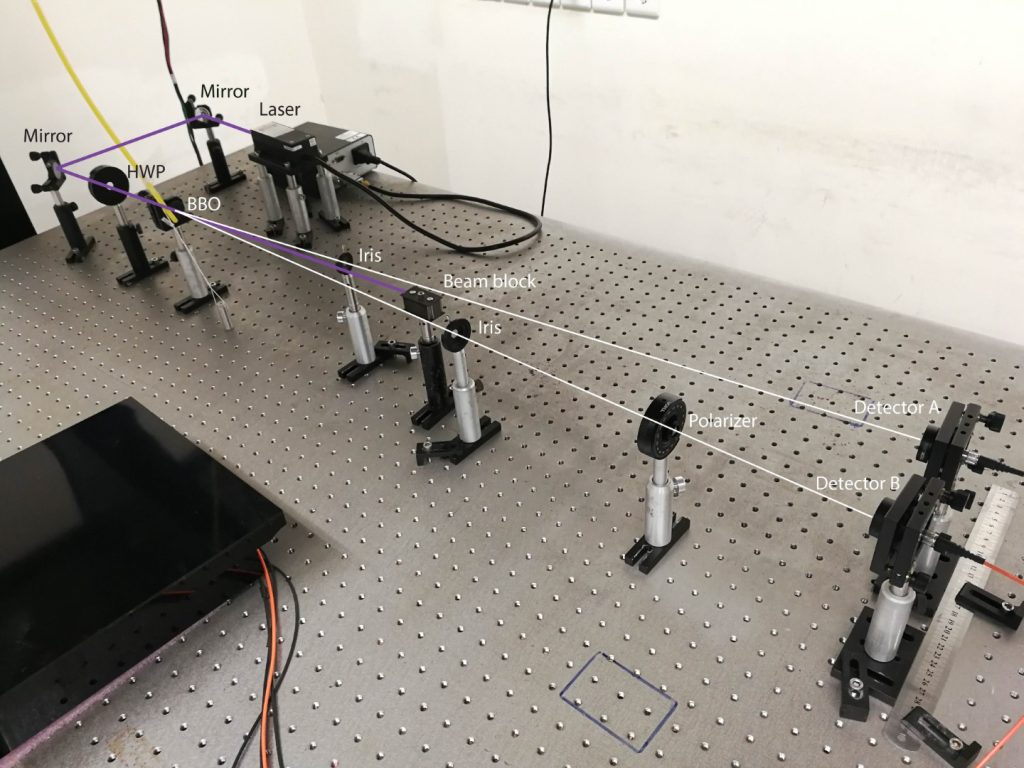 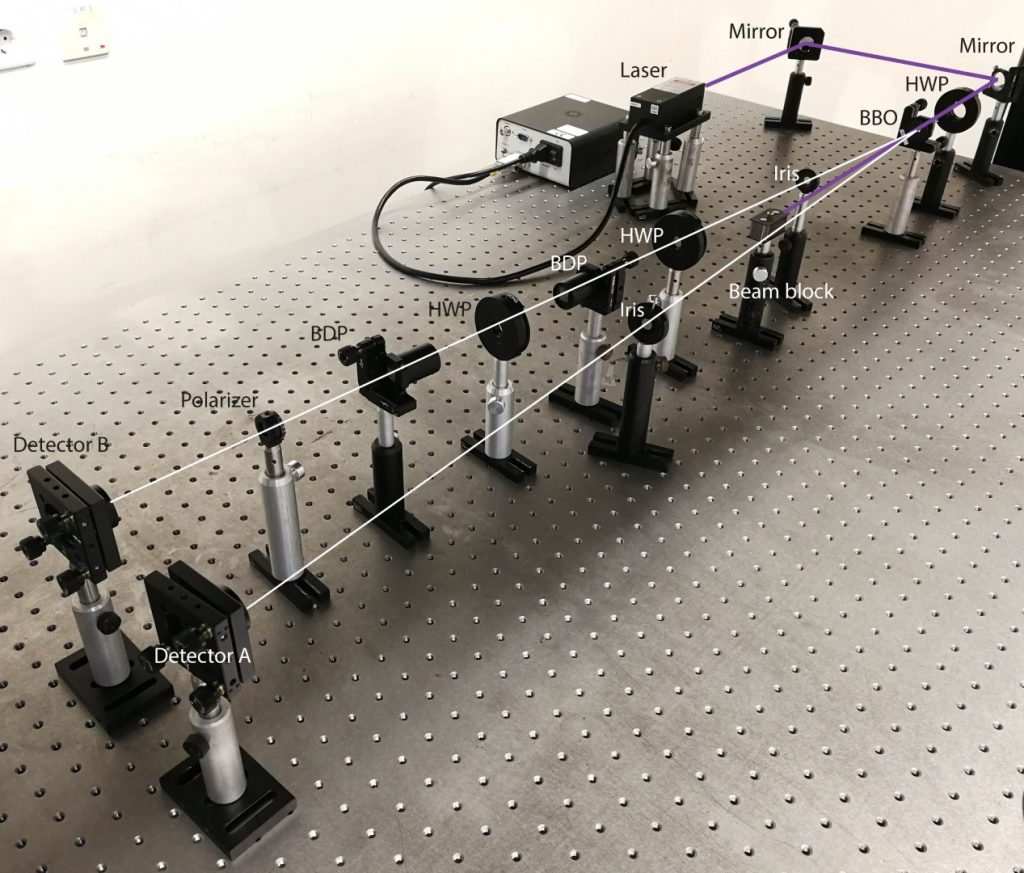 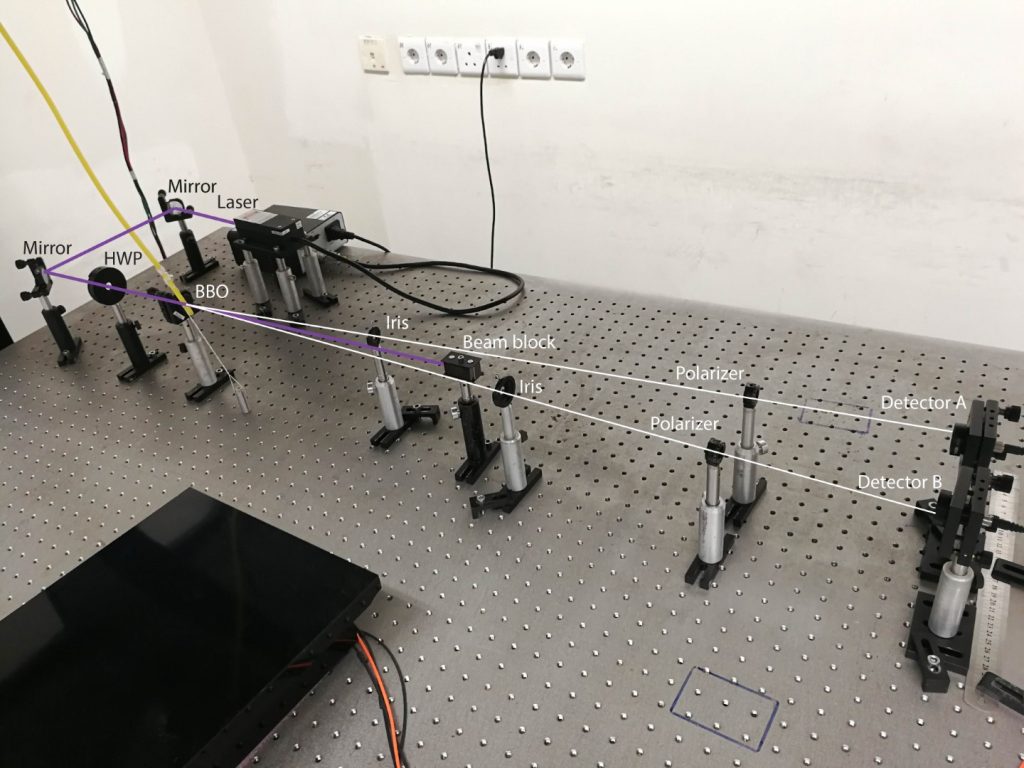 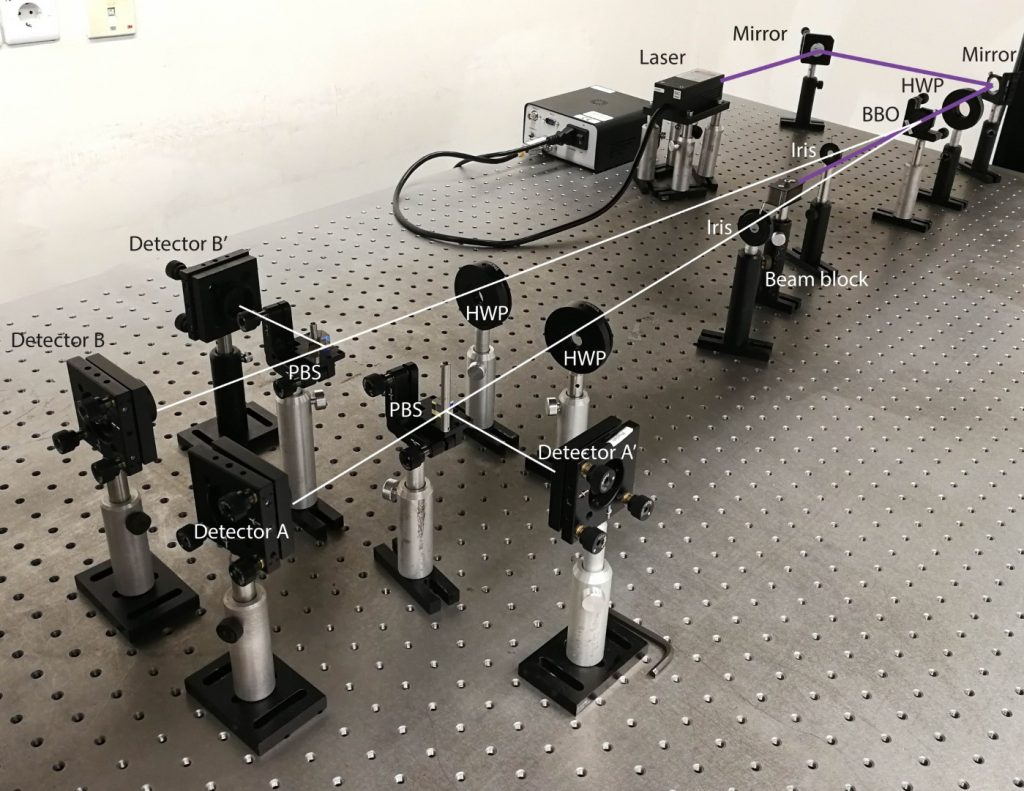 NL2 and NL3: Hardy’s and CHSH test of local realism 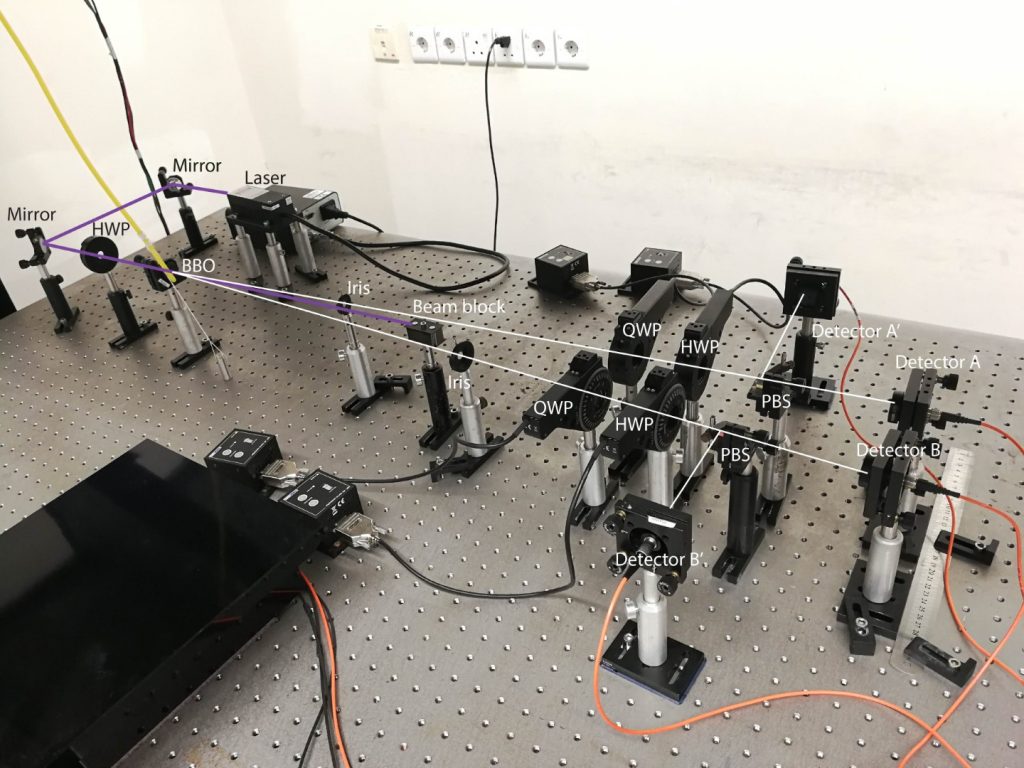